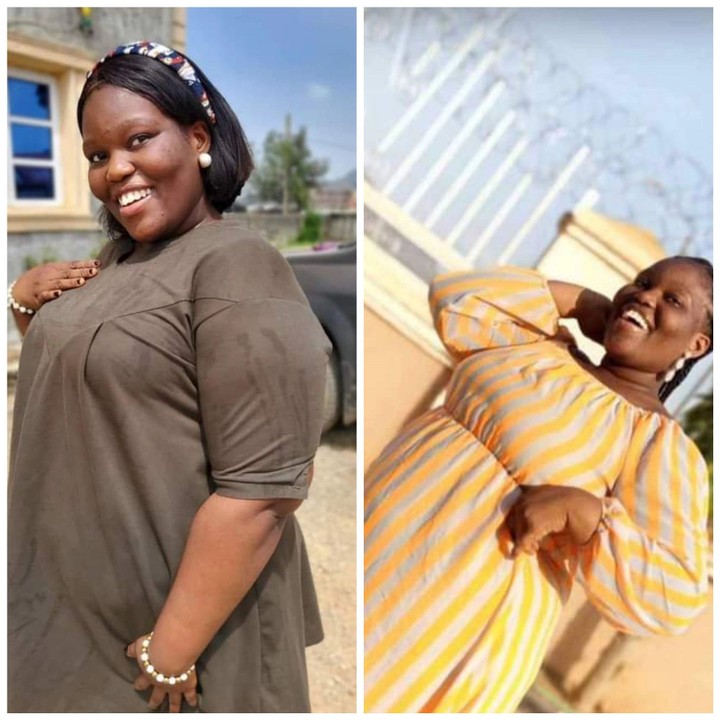 Favour Amajor (a young female) was allegedly kidnapped in Abuja by unknown people. She has since been found.

We have learned that Favour was last seen in the Dawaki Galadima region of the Federal Capital Territory on Monday, July 25, 2022.

Later, the abductors sent a message to her relatives threatening to kill her.

In an update on Wednesday, July 27, her uncle said she was dropped unconscious under Efab Bridge.

She was recognized by someone who saw her viral posts on social media and took her home. She is receiving medical attention at the moment.

“APPRECIATION!!! Dear NIGERIANS. FAVOUR IS BACK. GOD ALMIGHTY IS ALIVE. THANK YOUUUUUUU For Your LOVE, Your Calls, Sharing, Posts, Prayers, DMs, Help I’m contacting Official Personnel, Bloggers, Inside and Outside NIGERIA. She’s FOUND and Back Home; A MIRACLE

She was dropped off at Efab Bridge unconscious, someone located her through the viral social media post and brought her home. She’s in the Hospital Right Now. THANK YOU EVERYONE; GOD CAME THROUGH” 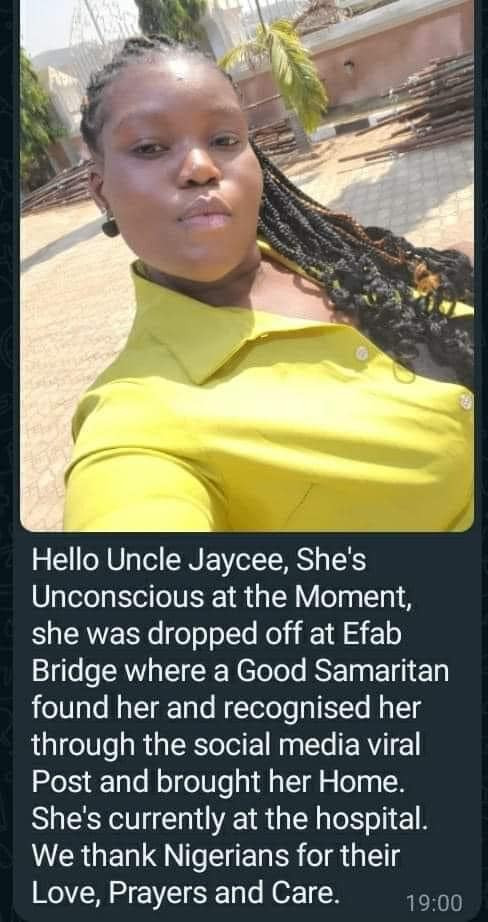 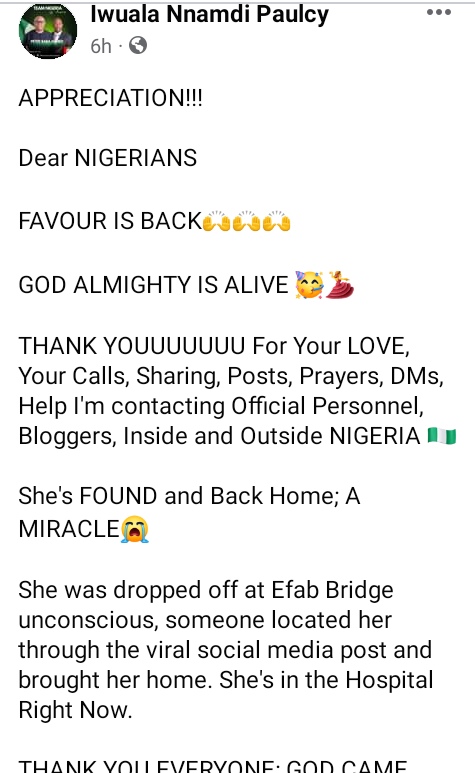 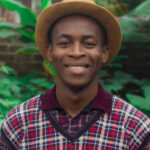 “The post stays up and nobody is getting an apology,” Solomon Buchi tells critics of his viral post about his fiancée 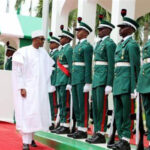 Buhari to host Team Nigeria after a...