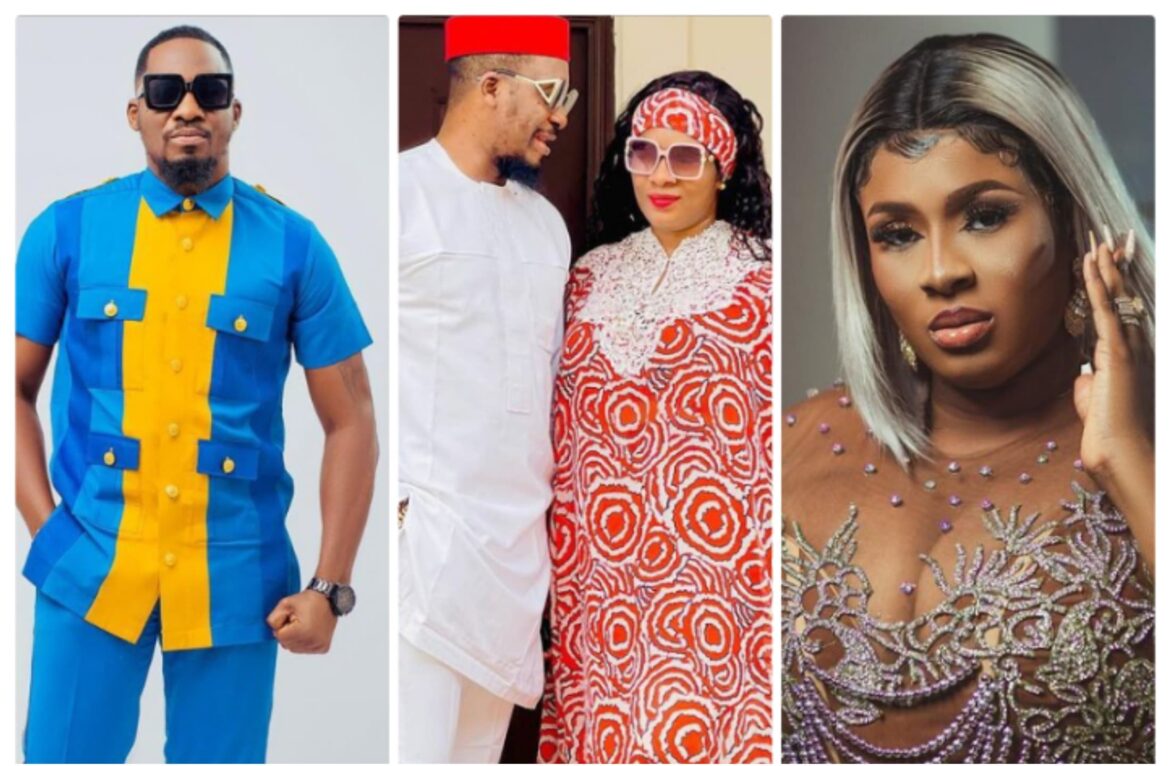 Nigerian Nollywood actor, Junior Pope Odonwodo better known as Junior Pope has cried out over how his colleague’s marriage to a second wife has made his wife suspicious of his every move.

The actor stated that his wife has started investigating and profiling him.

Assuring his woman, he told her that he would remain faithful as their union is for better or worse.

Junior Pope wrote, “Because of last week’s news, They have started investigating and profiling me..who does that??? @dopeevents07 calm down it’s for better for worse (we die here)….”.

We recall Junior Pope Odonwodo had shared the secrets of what has kept his marriage going while recently celebrating the 7th wedding anniversary with his wife.

The actor took to his Instagram page to share lovely family photos of them adorned in stunning outfits and another in their cultural outfits.

Recounting the experiences of his marriage, Junior Pope, without mixing words, said it’s not for two people who are raised differently with different backgrounds and orientations to live under the same roof.

According to the actor, God’s grace has kept his family because, at some point, patience will be exhausted, understanding will cry for help, but God’s grace keeps them going.

Junior Pope also expressed appreciation to God for keeping his family together and his wife for agreeing to marry him. 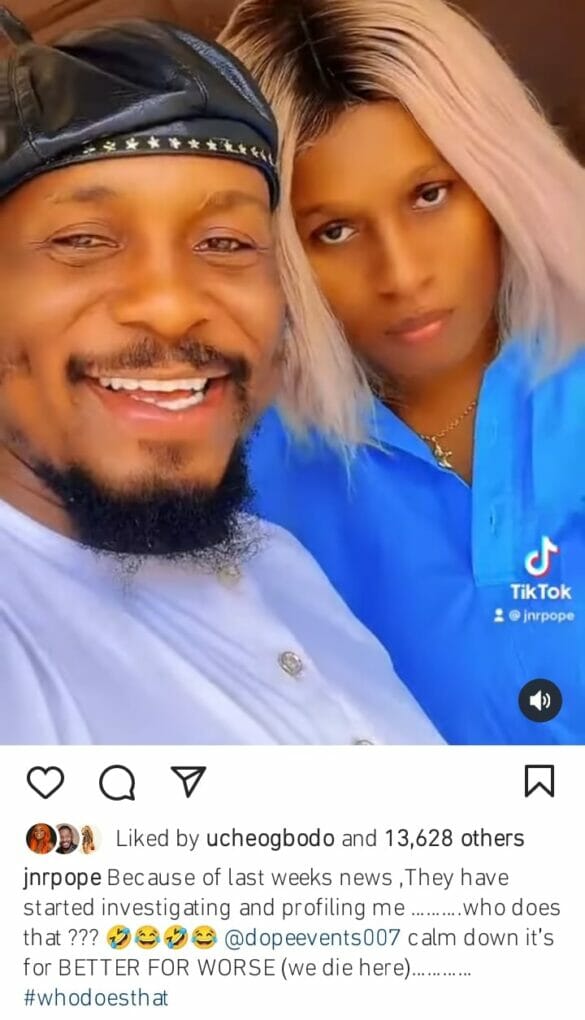 “What Yul Edochie’s second marriage has done to my home” Actor Junior Pope cries out was last modified: May 2nd, 2022 by ABBStaff-Mayowa
0
Facebook Twitter Google + Pinterest 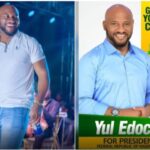 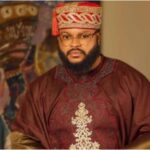 ‘One day I will win the Grammys’- Whitemoney vows

“How can I make my husband take...

‘My first birthday as a married man’...

“I left her because she lacks personal...

“With the disrespect in the industry, I...