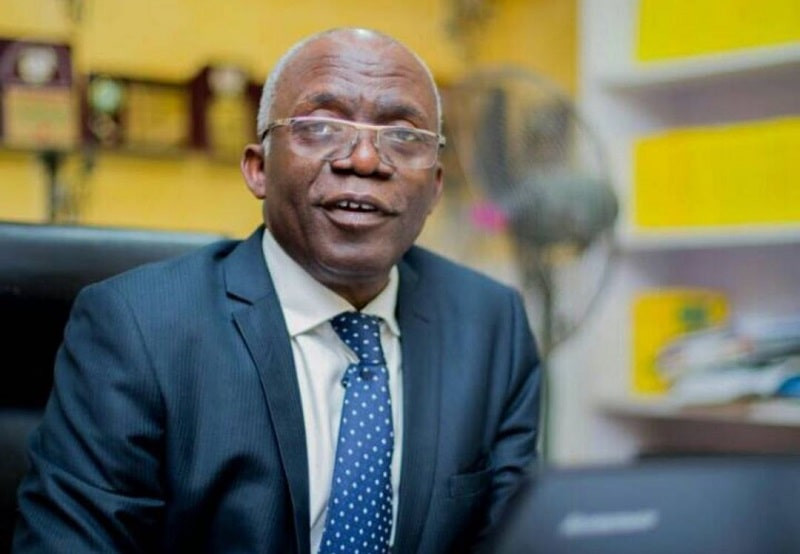 Femi Falana, a Senior Advocate of Nigeria and human rights lawyer, has explained why the Academic Staff Union of the University is not allowed to be banned.

Falana, who said that blackmail would not work for the government, added that the Government of Nigeria as a member of the Committee of Civilized Nations has ratified the Freedom of Association and Protection of the Right to Organise Convention No 87 of the International Labour Organization Convention.

He also said that it is pertinent to note that parties to the Convention are obligated to ensure the right of both employers and employees to join an organization of their choice and free from any influence of authorities that belong to the core principles of the ILO.

Falan who also listed what happened when governments in the past tried to ban some labor unions, advised the Federal Government to commit itself to the faithful implementation of collective agreements reached with ASUU which are enforceable by virtue of the relevant provisions of the Trade Disputes Act instead of embracing the fascist option of proscribing the union.

Under the British colonial regime, trade unions were prohibited while strikes were criminalized. But Nigerian workers defied the ban and formed trade unions to challenge the crude exploration of the nation’s resources by the foreign colonisers.

When the British saw the futility of the proscription the Trade Union Ordinance of 1939 was promulgated. The law allowed the formation of trade unions but outlawed strikes. Notwithstanding the anti strike provision of the law the general strike of 1945 led by the Nigerian Railway Union under the leadership of Comrade Michael Imoudu paralysed the colonial economy for days.

From that moment, workers resolved to be in the front line in the decolonisation struggle. Hence, the British resorted to brutal attacks of workers. For example, the Enugu coal miners were brutally attacked by the colonial police for embarking on strike for improved conditions of service in November 1949.

The murderous attack led to the death of 21 colliery workers while several others were injured. The strike provoked a nationwide condemnation which exposed the atrocious activities of the British colonial regime.

Like the colonialists, the military dictators banned the nation’s trade unions in 1966. But the workers defied the ban and embarked on several strikes after the civil war.

The Shehu Shagari administration did not ban workers but infiltrated the trade union movement to weaken agitation by Nigerian workers. In 1992 the Ibrahim Babangida military junta wanted to ban ASUU but was advised against it on the ground that it would not work. So the junta enacted a decree which regarded strike as a treasonable offence.

We rushed to the Lagos State High Court presided over by Justice M. Ope Agbe. We convinced the Judge about the illegality of the obnoxious decree and his Lordship granted an order which halted the implementation of the fascistic legislation.

In 1994, the Sani Abacha military junta enacted a decree which purportedly proscribed ASUU. We approached the Enugu judicial division of the Federal High Court presided over by Justice Ajakaiye.

Again, we convinced the court to smash the primitive decree. His Lordship ruled that the decree did not proscribe ASUU but merely restricted its activities to individual university campuses.

The regime was frustrated as ASUU did not operate outside the four walls of university campuses. The Babangida junta proceeded to promulgate a decree which exorcised ASUU and other senior staff from the Nigeria Labour Congress to prevent them from inciting workers.

The junta banned the customs and immigration staff union and jailed the leaders of the electricity staff unions for embarking on a strike. But the NEPA Eleven were later granted pardon and released from prison custody.

In 2005, the Olusegun Obasanjo civilian administration amended the Trade Union Act by making the membership of trade unions optional. The payment of check dues was made voluntary while workers wishing to embark on industrial action are required to conduct a plebiscite.

Individual ASUU members signed letters which directed university management to continue to deduct their check off dues. In strict compliance with the relevant provisions of the Act, ASUU does not embark on a strike without conducting a plebiscite among its members in all its branches.

Under the current democratic dispensation the fundamental right of citizens to form or belong to political parties and trade unions is guaranteed by section 40 of the Constitution and Article 10 of the African Charter on Human and Peoples Rights (Ratification and Enforcement) Act.

As a member of the committee of civilised nations the Government of Nigeria has ratified the Freedom of Association and Protection of the Right to Organise Convention No 87 of the International Labour Organization Convention.

It is pertinent to note that parties to the Convention are obligated to ensure the right of both employers and employees to join an organisation of their choice and free from any influence of authorities which belong to the core principles of the ILO.

In the case of Olaniyan v University of Lagos (1986) 4 NWLR (Pt 34) 162 at 173, Ayo Irikefe CJN (as he then was) said that, “In my view, constitutionally entrenched provisions, particularly those safeguarding individual rights should not, save in a fascist system, be lightly trampled upon.”

Therefore, to ban ASUU the Government will have to amend the fundamental right of citizens to freedom of association enshrined in Chapter 4 of the Constitution.

It is a special amendment which requires the resolution of four fifths of members of the National Assembly and approved by two thirds majority of members of not less than 24 Houses of Assembly.

In addition, the Federal Government will withdraw its ratification of the African Charter on Human and Peoples Rights and the Freedom of Association and Protection of the Right to Organise Convention No 87of the International Labour Organisation.

The anti-democratic forces urging the Buhari administration to ban ASUU should be made to realize that a democratic government lacks the competence to abrogate the fundamental rights of citizens outside the ambit of the Constitution.

Those who are berating ASUU for alleged recalcitrance should advise the Federal Government to accord priorities to the funding of tertiary education. After all, following the directive of the Federal Government the Central Bank of Nigeria has just released $235 million to foreign airlines to facilitate foreign travels by a few privileged citizens.

And whereas the Federal Government budgeted the sum of N443 billion for the so called fuel subsidy in the 2022 Appropriation Act the fund has been increased to N4 trillion via a Supplementary Appropriation Bill approved by members of both chambers of the National Assembly.

It is interesting to note that the details of the humongous sum were not scrutinised by the federal legislators.

As if that was not enough the Minister of Finance, Mrs Zainab Ahmed has disclosed that fuel subsidy will gulp N6.5 trillion this year alone. And very soon, the National Assembly will approve another supplementary budget of N2.5 trillion for the monumental fraud. But when it comes to funding tertiary education the Federal Government is said to be broke!

Instead of embracing the fascist option of prescribing ASUU the Federal Government should commit itself to the faithful implementation of collective agreements reached with ASUU which are enforceable by virtue of the relevant provisions of the Trade Disputes Act.

Some of the properties were sold to powerful individuals and corporate bodies including a multinational corporation. Since a number of the properties have not been sold the Federal Government should turn them over to the universities in line with the terms of the FG/ASUU Collective Agreements.

It may also interest concerned citizens to know that pursuant to the 1992 Agreement the management of the universities had registered and established consultancy firms to handle jobs by professionals in the academic community in the country. But the university councils peopled by government appointees prefer to farm out multi million Naira contracts to contractors nominated by the ruling political parties.

Through such dubious arrangements the meagre fund earmarked for capital projects in the universities is diverted as a number of the projects are abandoned.

It is on record that some cases of large scale corruption reported to the anti graft agencies were not allowed to be investigated by the Federal Government.

The Tertiary Education Trust Fund suggested by ASUU and incorporated into the 1992 FG/ASUU Agreement was enacted into law in 1993. Thus, the Tertiary Education Trust Fund Act imposes a two percent (2%) education tax on the profits of every registered company in Nigeria. Regrettably, the fund is collected in a rather haphazard manner by the Federal Government. In spite of pressure from ASUU the Federal Government has failed to recover the several billions of Naira from companies that have defaulted in contributing to the Fund. The Government has also refused to publish the list of companies that are qualified to contribute to the Fund for the purpose of monitoring the collection and updating the list. There are other leakages in the system which could be blocked by the Federal Government in collaboration with all trade unions in the tertiary institutions.

No doubt, parents and students of public universities were disappointed and pained last week when it was disclosed that the talks between the Government and ASUU over the strike had collapsed.

While calling on both sides to resume the negotiations in the interest of the country the Federal Government should be prevailed upon to end the prolonged industrial action.

Instead of engaging in the diversionary tactics of blackmailing ASUU the Federal Government should ensure that the strike is called off by signing the Renegotiated Agreement with ASUU without any further delay. 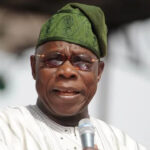 2023 Election: I have national agenda, not a special candidate – Obasanjo 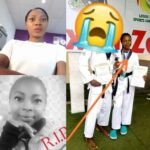 Army to honor Ernest Shonekan with 21...