Wike will be in political dustbin in eight months – Sule Lamido Wike will be in political dustbin in eight months – Sule Lamido

Sule Lamido, a former governor of Jigawa State, described Nyesom Wike, Rivers State Governor, as a political emperor that would soon be in a political dustbin within eight months.

This was stated on Tuesday when Lamido was asked by Channels TV if Wike’s current stance might hurt the party’s chances at the 2023 election.

“Please leave Wike alone. He has the right to do whatever he wants. He can give order if people in Rivers are slaves to him,” Mr Lamido retorted. “If they are his own slave, he can control them. Fair enough, he is their emperor let him give them order.”

“I saw him on TV the other day and I felt a little worried the way he (Wike) was talking because he was too bombastic,” he continued. “In the next eight months, Wike will be like me, in the same political dustbin of former governors.”

Keep in mind that Lamido said that Wike made it clear that he wasn’t interested in the Peoples Democratic Party vice presidential slot.

He claimed Wike had said that he wasn’t using the PDP presidential primaries to negotiate for a VP spot.

Remember that Wike was rumored to be leaving the PDP after a fallout with Abubakar Atiku who defeated him in May to secure the PDP ticket. 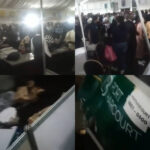 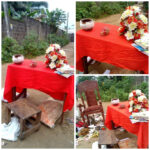 Lady lands in the hospital after getting...

FFK and Dino Melaye tackle each other...