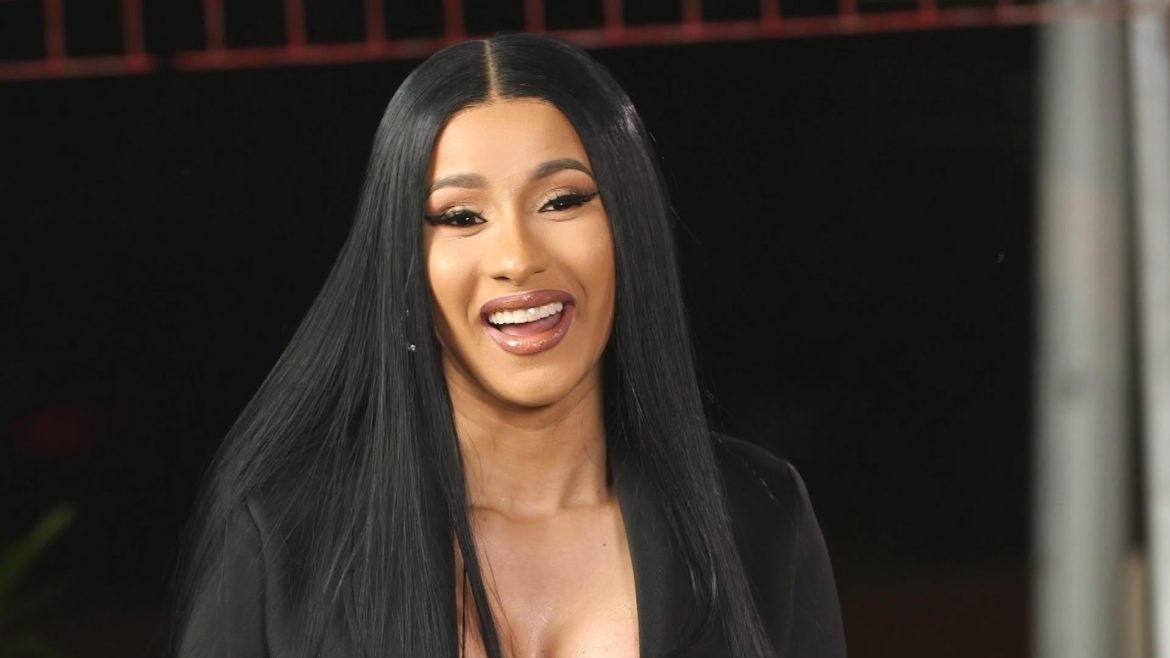 American rapper and songwriter Cardi B has deactivated her Twitter and Instagram accounts after engaging in a war of words with Twitter users who called her out for skipping Grammys 2022.

It began when fans noticed Cardi was not at the Grammys, though her followers thought she would be there.

A fan then wrote: “My thing is, why hype us up if you know [you’re] not going from the jump? [Cardi B] needs to take her fans more seriously this is getting ridiculous, I’m sorry.”

Cardi B responded: “When did I hype y’all up? Where and when did I ever hints? Like are you okay. I’m not going to award show if I don’t got a new song to perform Or my album ain’t out.”

One fan wrote: “You literally could’ve said that, as fans that barely get fed WE WANT TO SEE YOU what do you expect, you could’ve said something period.”

Cardi fired back: “Unmmmmm wtf you want me to say I been posting on my IG stories where I been at … like clearly I’m in my house and I’m in NY the f***k.”

Another fan hit back at Cardi, writing: “Your job is literally music and it’s just like you don’t care about it anymore you’ve been saying you have an album on the way since 2019 girl pleaseeeee.”

Cardi replied: “Bitch suck d**k and go do some homework the f***k.”

Cardi went on to tell one upset fan to “drink acid”.

Cardi then wished death on a Twitter user’s mother.

The follower wrote: “I bet your son wouldn’t like for you to be on your a** while teasing us fans and never dropping music.”

Cardi, who was nominated for Best Rap Performance, responded: “I hope your mom’s die”.

She also slammed a Twitter user for stating that one of her two children with her husband Offset, 30, was autistic.

“[Cardi B] do you kiss your [autistic] child with that mouth?” asked a Twitter user in response to Cardi’s death-wish post.

Cardi B hit back: “None of my kids are autistic … Don’t project what you got on my kids the f**k.”

She wrote: “I’m deleting my Twitter but on God, I hate this f**kin dumbass fan base. You got the slow dumbasses dragging my kids all-cause y’all [thought] I was going to the Grammys and I didn’t, the f**k? 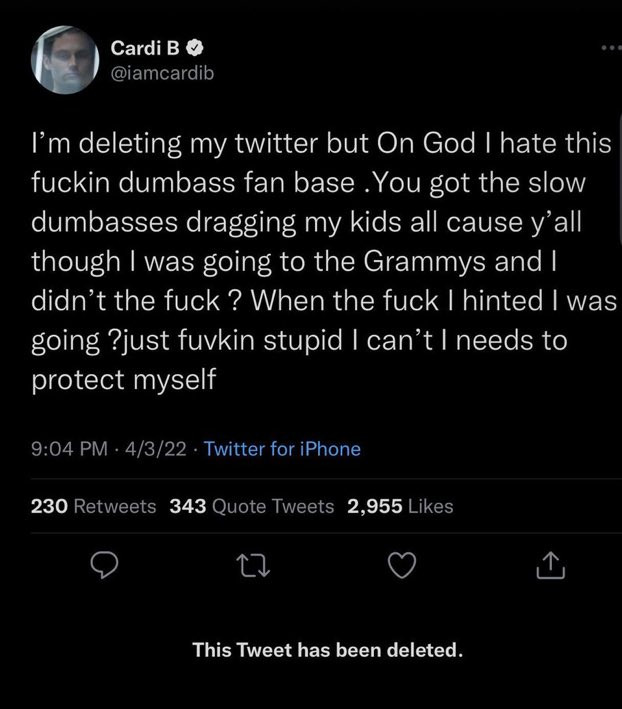 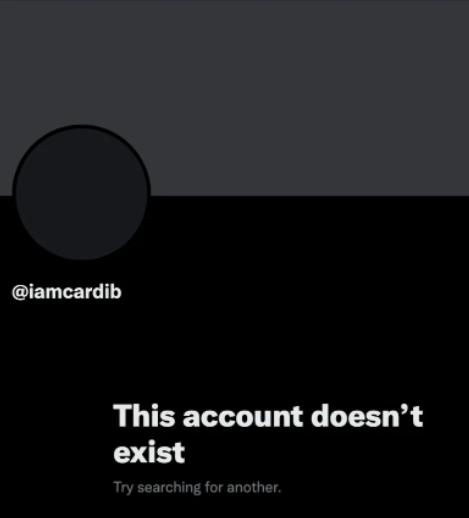 Cardi B later defended herself, explaining why she got “irritated” during an Instagram Live session before going off IG as well. 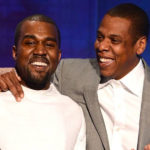 2022 Grammy Awards: Kanye West matches Jay-Z as the rapper with the most Awards in history 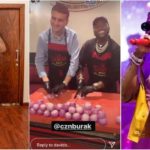